There have been mixed messages, inconsistencies and confusion over holidays abroad this summer.

Not any more. Despite the likelihood of thousands of holidaymakers having their travel plans ruined, the Prime Minister is, to borrow a phrase from one of his predecessors, ‘not for turning’.

‘Let’s be absolutely clear about what’s happening in Europe, amongst some of our European friends,’ Boris Johnson said yesterday as he defended the reintroduction of a 14-day quarantine on travellers from Spain.

‘I’m afraid you are starting to see in some places the signs of a second wave of the pandemic.’

For airlines and travel companies, the cost of Covid-19 has already been horrendous.

At least 11 European countries have experienced a sudden increase in Covid-19 infections, some reaching higher numbers than in the UK. Spain, to where more than 18 million Britons go on holiday each year, has seen a spike in 15 of its 19 regions. All of which means that, according to the European Centre for Disease Prevention and Control, Spain’s rate of infection is 35.1 cases per 100,000 people – more than twice that of the UK’s 14.7 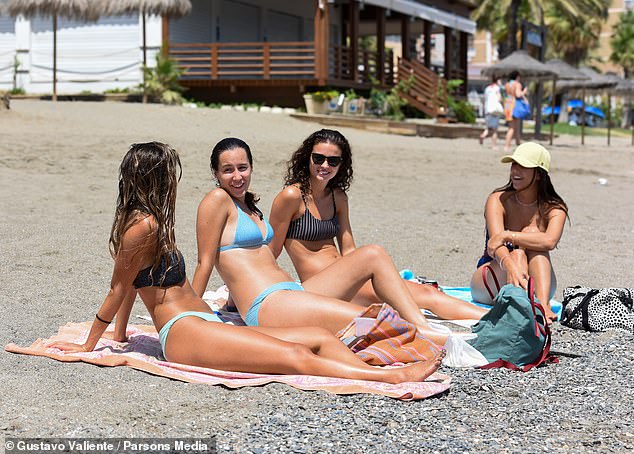 The UK government has imposed an immediate two-week quarantine for anyone travelling to Spain and islands such as Malaga, above

Why was the advice altered about the Balearic islands?

That’s the question Spain is asking with growing impatience. Its government has accused Britain of overreacting.

But Covid cases in Spain rose by 75 per cent in just 48 hours last week.

And since many British tourists flip between the mainland and the Balearic islands, pulling the plug on the latter now was deemed the wise thing to do.

Can I travel anyway?

If you’re willing to self-isolate at home for a couple of weeks afterwards, then yes. But before you go, you might as well tear up your travel insurance. Jet off against government advice and you’ll have to take full responsibility, including paying hospital bills. Not worth the risk.

Can I skip quarantine by returning via France?

It might work if you’re happy to lie to UK Border Control about where you’ve been – i.e. not Spain – but it would be going against the latest advice, both technically and in spirit.

Your neighbours might not be too happy about it, either.

Will other countries be put on the no-go list?

Grant Shapps, the Transport Secretary, who himself was holidaying in Spain when the rules changed, is returning today amid fears that holidays could be axed in, among others, Germany, Croatia, Belgium and France – all of which have seen a rise in infections.

Let’s just hope there will be more warning than there was over the Spain announcement, which has left more than 600,000 British tourists stranded and others in a state of flux.

What does quarantine really mean? On returning from a country on the Government’s quarantine list, you’ll need to fill out a form and state where you will spend the next two weeks. You must then go straight home – although you are allowed to travel by public transport, which critics of the Government see as a glaring loophole.

Your 14-day period of self-isolation starts from the day after you arrive. You cannot leave home except for medical assistance, to attend court or go to a funeral. You can only shop for essentials if no one else can do it for you.

What if I break it?

You will be liable for a £1,000 fine. (But given only one man has been fined for breaching quarantine since the rules were first implemented in May, one suspects the police have better things to do.)

What about going outside Europe?

You’ll be spoilt for choice, as it happens.

Other sunny countries deemed safe for travel include Mauritius, the Seychelles, Fiji and Vietnam.

If you really want to get away from it all then the Falkland Islands awaits, where there has not been one single death.

How To Plan And Prepare