It’s no secret that ladies of Bravo’s Real Housewives franchise live luxurious lives. From million-dollar homes and cars to designer handbags, these women are definitely not lacking in the money department. In fact, they are amongst the richest Bravo stars of all time. Given this, it might seem silly that the women chose to fight and air their drama out on television for an added paycheck but that’s all part of being on one of the biggest reality shows ever.

However, being a cast member on one of the Real Housewives series has its perks. For instance, the women tend to go on one luxurious (most likely, all expenses paid) vacation per season. Over the years, the ladies have visited some beautiful places that have left views dreaming that they too could travel the world at the drop of a hat.

During season five of The Real Housewives of Beverly Hills, Yolanda Hadid surprised the women with a trip of a lifetime to visit her home country of Amsterdam. Of course, the ladies go on a shopping spree that included buying authentic clogs, take a cruise on the river, and visit Yolanda’s hometown.

Despite being in a beautiful city, the women can’t help but bring their American drama to their vacation. All hell breaks loose during a dinner when Kim Richards and Lisa Rinna get into which ends with Rinna breaking a wine glass and Kyle Richards storming out of the restaurant.

Anguilla may not be on everyone’s travel bucket list but it has surely been added to the list of Real Housewives fans around the country after watching The Real Housewives of Atlanta’s vacation to the British territory in the Caribbean during season five.

Unlike other Real Housewives vacations, the women decide to bring along their significant others for a relaxing Caribbean vacation. Not even the gorgeous beach, luxurious massages, and an impromptu wedding ceremony can keep these women from fighting.  While Anguilla may be beautiful, the real beauty of this vacation was the introduction of some of Kenya Moore’s best quotes.

During season four of The Real Housewives of Atlanta, the housewives travel to Cape Town, South Africa. While Cape Town might not have been the luxurious vacation the ladies were hoping for, they did manage to find underrated beauty in the port city. The women venture on a yacht ride in the harbor, go on a shopping spree at Louis Vuitton, participate in a private drumming session, and even embark on a safari.

But, in true Housewive fashion, the drama follows them and eventually things blow up when Shereé and Marlo get into a heated argument that leads NeNe to become a peacemaker of all things.

No stranger to tropical destinations, The Real Housewives of Orange County cast stuck to what they known when they visited Costa Rica during the seventh season of the original Housewives show. The ladies get adventurous this time around, going zip-lining through the rainforest canopy and whitewater rafting on the river.

However, not even being on a beautiful tropical island makes Vicki smile who is still dealing with the aftermath of her daughter’s elopement. Even worse, Tamara and Heather decide a vacation is a perfect time to confront fellow co-star Alexis about her persona.

Of all the Real Housewives casts, The Real Housewives of Beverly Hills tend to travel to the best cities in the world. And in season seven they kept up their tradition when they traveled to Hong Kong. The trip leads them on adventures and philanthropic efforts as they explored the luxurious city and even visited the SPCA Hong Kong who helps rescue dogs from the Yulin dog meat festival.

Not even the Big Buddha could stop these women from throwing hands though. Tensions run high over dinner when Lisa Rinna accuses Dorit of doing drugs which definitely does not go down well. And while the episode didn’t give us an iconic Erika Jayne quote, it did give us her most emotional moment yet.

The Real Housewives of New Jersey cast didn’t have to venture far for their season five vacation choosing to stay close to home and visit Lake George in New York. While Lake George is gorgeous and fans did get to see some of the wonders it has to offer, most of this episode revolved around the drama going inside while the cast visited a family retreat.

The episode goes down as one of The Real Housewives of New Jersey’s most explosive and most memorable episode of all time. The tranquil lake town was no match for the heated Giudice-Gorga fight that broke out between Tereasa’s then-husband and brother.

During season four of The Real Housewives of New Jersey, the cast traveled to the opposite coast to visit Napa, California. Despite the cast fighting with Teresa, she and Joe are invited on the winery retreat, an invitation that is quickly regretted when the peaceful winery turns into chaos.

As if the beautiful wineries of Napa weren’t enough, the cast also travels to other coastal California cities while crammed into an RV. Mixing tight spaces with wine is a recipe for disaster and it all blows up during Caroline’s birthday party dinner.

Season ten of The Real Housewives of Beverly Hills saw the ladies return to their jet-setting ways visiting the iconic city of Rome in Italy. The women wasted no time launching into a spendy shopping spree in the shopping district before doing more touristy things like visiting the Trevi Fountain and the Coliseum.

Unfortunately, not even the carbs from pasta could keep these women from having a drama-free trip. Instead of waiting until they were home, Teddi Mellencamp decided to confront Denise Richards about a rumor she heard from Brandi Glanville about a possible relationship the two might have had.

The ladies of New York City returned to tropical destinations in season 7 when they vacationed to Turks and Caicos. While the women spend some time “relaxing” on the beach and yachting the real fun seems to be had in the bedroom when the women wake up to find a random naked man in their house.

Like all Real Housewive vacations drama unfolds quickly this time with Ramona and Bethany going at it over who gets to sleep in the best room. The room argument is only the beginning as this once relaxing vacation escalated to war.

The Real Housewives of Orange County ditched the sunshine and tropical island vibes to venture to Whistler, British Columbia, Canada. Lydia springs the vacation on the ladies in the hopes of showing them around her other home proclaiming her dual citizenship.

While taking in the beautiful ski resort and laughing as these posh women try their hand at skiing tensions begin to run high. Things heat up when Tamra lets Vicki in on a rumor that Lauri told Gretchen. Of course, Vicki confronts Gretchen in one of her most iconic moments ever.

NEXT: 10 Real Housewives Who Are Real Single Right Now 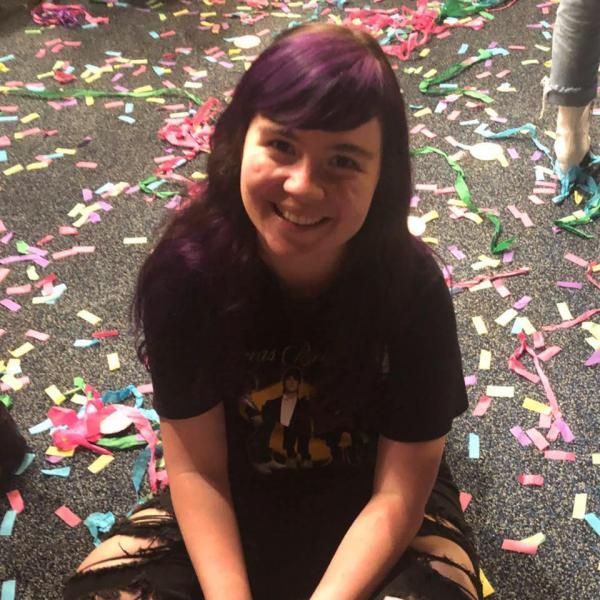 Danielle Bruncati is a writer and content creator from Southern California. When she’s not busy managing her dog’s Instagram account, Danielle is writing blog posts and working on her screenplays. She currently is a Pop Culture writer for The Things, owner of the blog Ramblings, Rants, Reviews, and also contributes to the digital magazine The Honey POP.

‘I should have said get your backside back into Ontario.’ What...