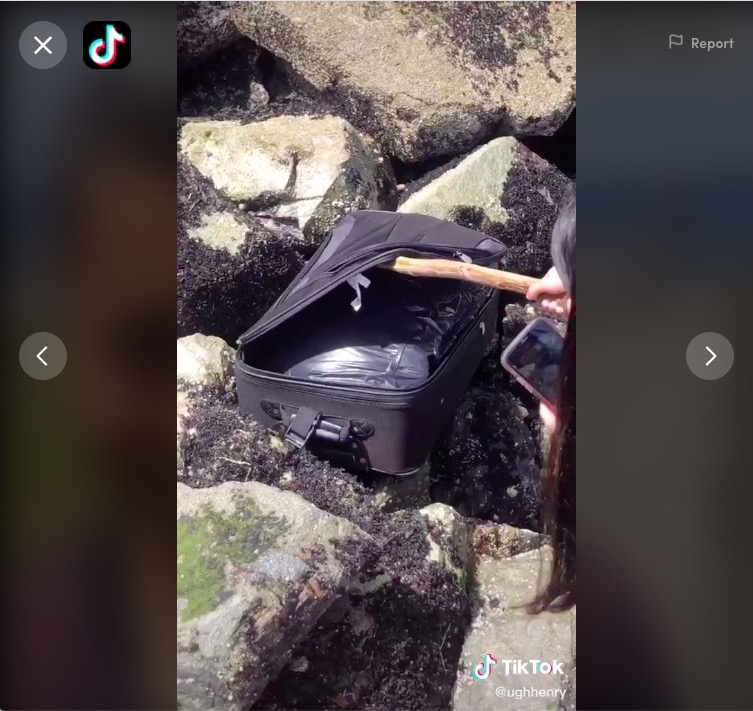 Living through a pandemic may not feel predictable, but your quarantine routine probably does. However, even beyond lockdown life, the world can be “close to deterministic,” according to the Fatum Project theory. “All things in the world are causally connected and everything that happens, including our thoughts, is usually determined by the sum of all environmental factors.”

Randonautica is an app that borrows from the Fatum Project’s research to break away from the probability-tunnels our everyday choices create. Using a quantum number generator to send users to a set of mysterious coordinates, Randonautica has become a “fully functional reality-tunnel creating machine that digs rabbit holes to wonderland.” Perhaps it sounds enchanting, but for some, the trip to wonderland can be unnervingly ominous.

If you’re not into quantum physics and philosophy, this may seem like a jumble of nonsense. Maybe you are into quantum physics and philosophy, but it still sounds like a jumble of nonsense. Either way, I’ll offer a quick summary of what helped me make sense of some of the internet’s “Randonauts” adventures and get to the fun (spooky) stuff.

No matter what choices we make, there are simply some places we can never be because our chain of decisions will never lead us there. The app can measure different magnetic fields around you called voids, attractors, or a pseudo (more on those later). Meshing the physical energy, or lack of it, around you with the power of the human mind can show you something you would never have found otherwise.

Many users of the app have generated trip reports saying they got what they wanted. Before beginning a trip, the app asks the user to “set an intention.” Popular intents are somewhat mystical, like “adventure,” “peaceful,” or asking for some sign from the universe. A large portion of Randonauts say they were led to hidden waterfalls, lush greenery, or did indeed receive a message from the universe.

My intention was “Glitch”, kind of looking for a sign to know if the reality we live in is a simulation. Guess I found it. from r/randonauts

More recently, though, the app’s adventurous mix of technology and spirituality has taken on a somewhat sinister reputation after @ughhenry posted a video on TikTok of their coordinates leading to a suitcase on a beach with two dead bodies stuffed into it.

In a live stream after the video was posted, the TikToker reportedly said their intention was “travel” and had chosen an attractor to generate their quantum points. Attractors are areas with dense quantum points and have high human mind-matter interactions. When the video appeared on my TikTok For You Page, I thought the build-up would be anticlimactic. If anything, a hoax, but Seattle police confirmed the app had led the teens to a crime scene, according to Heavy.

The Randonauts Reddit page has existed since March of 2019 and currently has 121,000 members. Since the viral video, Randonautica has gained a tremendous new following, many who have ditched the mystical for the macabre.

In another unsettling video, a young woman’s trip report shows her sobbing while explaining that her intention of “death” led her to a man who lay dying in his wife’s arms after being shot by the side of the road.

this just happened in aurora colorado. please do not go randonauting, you never know what you’re going to come across. ##randonautica

One user says they went Randonauting on their daily walk and wanted to manifest “something depressing.” Along the route they take every morning they suddenly found this:

So I used to Randonautica app again this morning on my walk (same route i take every time), my intention was set on something “depressing”. Half hour later I find this graffiti art piece on a wall I walk pass at least 4 times during my normal walk. I’ve never seen it before. from r/randonauts

A group of friends asking for something creepy came across this worrisome find:

Tried randonauting for the first time yesterday. Intent was “creepy”and “bag”. Our coordinates landed in the woods behind an old farm where we found strange rock piles, tires, and a bag that contained about 20 different ids, credit cards and residency cards belonging to different women. Creepy bag?! from r/randonauts

Initially, it would seem the ID cards belong to murder victims, but the Randonaut who discovered them decided they belonged to women using fake IDs as a way to immigrate.

One user believes they came across something paranormal on a night drive to see something interesting. They say that they arrived at a house with a single red light bulb illuminating a tall figure staring at them from the end of the driveway. They say that since then, they have been receiving calls and voicemails from unknown numbers. The app asks that you do not go Randonauting at night.

This Randonauter says they captured evidence of the paranormal (zoom into upper left window):

Some Randonauts have less chilling supernatural finds. This couple asked for something “otherworldly” and arrived at a celestial underground scene:

Set intention for “otherworldly” GPS took us to a point on a very busy street near our house. We heard faint, bizarre music and my boyfriend pointed out the bike path that ran under the road below us. Meandered down to find this! from r/randonauts

This one found God:

First Time – I was looking for God. Took me to the top of a hill overlooking the city and etched deeply in the dirt read “Jesus Christ is God” hahaha from r/randonauts

Finally, some intentions manifest in the way a tricky genie would make your wish come true.

This Randonaut had the intention of “safe,” as in “safety,” and was brought to a literal safe:

Intention: safe (as in safety) – it brought me to a literal gd safe 😂 from r/randonauts

This couple asked for Ariana Grande:

My Intention: Ariana Grande from r/randonauts

These examples are a tiny portion of the meaningful coincidences and strange happenings the Randonaut subreddit offers.

However, with the increased appetite for the dark side of Randonauting, I’ve seen multiple stories about some eerie finds such as smashed phones, women’s clothing strewn about, children’s toys, and sometimes even bones. Another frequent occurrence is users saying the app led them somewhere a disturbing death previously took place. These findings are all in line with what the users said were their intentions.

Some Randonauts are actively seeking something on the dark side, but even those who aren’t may manifest something called a “despair meme”. Randonautica defines it as “an idea, behavior, or style that spreads by means of imitation from person to person….” If a user only sees Randonauting negatively, their mind will take those connections and apply it to their own experiences with the app. This may contribute to the influx of unsettling trip reports.

If you are still skeptical, well, why wouldn’t you be? With the clout that comes with a good ole viral video, it makes sense that some users would put out a false narrative. For example, one video showed two young men who say the app led them up a narrow hillside where they could not turn around. When they get out of the truck, a small boulder comes hurtling down the hill to the road. After watching a second time, it became clear that there is a third person behind a tree, chucking the rock down. This post was one of the only ones I could find with others agreeing it was fake. Otherwise, many of the creepier posts have arguments in the comments between believers and skeptics.

If Randonauting manages to break the user out of probability tunnels, chaos theory would say that the one small change can make the system behave entirely differently. The invitation to new possibilities coupled with any synchronicity the human mind could gather offers some validity to much of the Randonauts community trip reports.

It seems to me that where you go Randonauting will also profoundly influence your results. I have tried about 26 times intending to find a stray dog I could adopt and call Chubba or Beef Wellington, but exploring suburban areas doesn’t seem optimal for this. Maybe that was also a bit too specific, but I had hope after hearing stories of people finding their new pets with the app.

To generate your trip, Randonautica asks you to choose a void, an attractor, or a pseudo. These types of points influence where you will go and what you will find. A void has a sparse number of quantum points, meaning it does not have much influence by human mind-matter interaction. According to Randonautica, “the more sparse the void, the stronger its power is, and the higher significance it has towards your intention.” When I chose to venture towards a void, it would take me to places like Mulholland Drive or hiking trails.

An attractor is the opposite of a void. When I chose trips to an attractor, I would end up at apartment complexes, homes, or other properties I couldn’t go in.

Pseudos are a truly random point that has you explore your blind spots. You are also able to choose what type of generator to use. Choosing ANU means a machine at the Australian National University generates numbers based on “fluctuations in the magnetic field of virtual particles in a vacuum.” The temporal option provides random numbers generated by a CPU.

I do believe that the truth is sometimes stranger than fiction. Falling down the Randonaut rabbit hole has opened my mind to an alternate thought process that is open to randomness and meaningful coincidences. Perhaps, that in itself invites an entirely new set of possibilities I would never have found otherwise.

[Although the above paragraph was supposed to be my last, I had to send Boing Boing a new bit of last-minute information. After I last went Randonauting Wednesday morning, for my full-figured new pet, a friend reached out to ask if I could foster her Rottweiler, Helga. I said yes.]

Gros Morne a ‘ghost town’ amid pandemic, but staycations offering a...