PlayStation continue their ports of their original content from their exclusive console to Steam and Epic Games store on PC. As one of the launch titles for the PlayStation 5 and a last-gen version for PlayStation 4, the game was a great way to showcase the new features of both the Dual Sense controller and new game hints feature on the PlayStation 5 system. While the game looks and feels spectacular on the PS5, the PC version does offer a significant graphical upgrade with the ability to pair a DualSense controller for that familiar console experience. Some may question why something like Sackboy: A Big Adventure even needs a smoother frame rate or ray tracing, but if you are looking for the best looking and feeling version of this game, given the variety of control options to tailor the way you play, this might just be the version you’re looking for.

Before we go any further, it’s worth noting that Sackboy : A Big Adventure is very much the same game released in 2022. It has the same levels and DLC as the console versions, even down to the recent God of War Ragnarök skins. The frame rate can be tailored from anywhere between 60 to120 frames, catering for multiple levels of gaming rigs. This of course locks when playing in online multiplayer mode. The game’s performance was exceptional as expected from the previously successful PlayStation ports over the last year. The beautiful ray tracing effects as you travel through Kraftworld in an attempt to save the day. Customisation also allows you to select the quality of dynamic shadows, textures and reflection fidelity. This will all depend on the power of your PC and how far you want to push it, but I was surprised that I could push my system this far and still get a heavy whirring from the fans as I pushed for the highest performance possible. During my play through, i’s also worth noting that I rarely experienced frame drops of any sort which was an occasional issue on the PS5 version.

The game itself is an incredibly fun platformer that takes the beloved characters and gameplay aspects of the three Little Big Planet games and transforms them into a 3D platformer that spreads across the Kraftworld universe. There are some great levels that move to the beats of popular songs like Toxic by Britney Spears and Uptown Funk by Mark Ronson. There are different objects you can use in levels like jetpacks, laser guns and jet boots that offer a sense of variety, even if the general gameplay loop can feel a little simplistic and repetitive at times. That being said, there are some bonus levels that require two players to complete and cash in on the bubbles needed to advance to the next area. 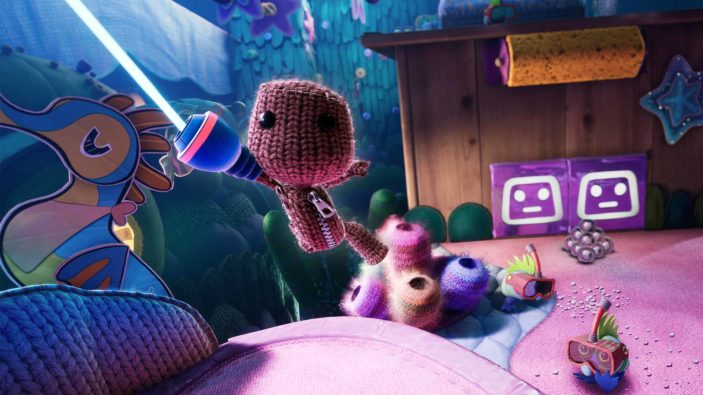 Visually, it’s hard to deny that the game looks incredible running on PC. You could argue that visuals aren’t important for a game like this, however until you turn everything on, you realised just how much details has gone into the design of the levels and characters. The lighting and shading all work together to deliver an elevated experience that was great for PS5 and now shines further on PC. The transfer from console to PC offers the same experience with all DLC and costumes for characters included. If you haven’t played the game before, this is the best experience you can have with this game. While there is no current cross play between PC and PS5, hopefully this is a function that will added in the future. Either way, you’re bound to have a great time.

FOUR STARS (OUT OF FIVE)

Review conducted on PC with a pre-release code provided by the publisher.

More to Explore on the AU:

Travel Stories | The Sea of Galilee

New film has all the ingredients for a hostelling adventure