In Scotland’s Year of Stories, Hostelling Scotland and The Adventure Syndicate have produced a film featuring both off road biking and adventure combined with hostelling and food tourism.

Former Active Nation Commissioner for Scotland, Lee Craigie with Alice Lemkes and Philippa Battye from The Adventure Syndicate are female adventurers whose endurance feats and storytelling inspire others to undertake similar journeys.

They chose a route away from the busy roads of the North Coast 500 as much as possible – often carrying bikes up rocky slopes or passing through bogs and rivers. (This is not necessarily for the faint=hearted – Lee is a former professional mountain biker and Philippa is an ultra-racer) This is some of Scotland’s most remote countryside. While travelling they foraged in the wild for food or consumed the fare from food hubs, cafés and restaurants and prepared their evening meals in the hostels they visited.

However, the Syndicate trio had expert support with the foraging and cooking. They were assisted by Scottish Food Tourism Ambassador, food writer, broadcaster and food anthropologist, Ghillie Basan, and her son Zeki for part of the trip.  With an extensive knowledge of artisan food producers, farmers, crofters, fishermen and distillers in some of the remotest parts of Scotland, all to be found in her recent book, A Taste of the Highlands (October 2021), Ghillie compiled a list for the Adventure Syndicate to visit every day, while Ghillie and Zeki had their own list, more accessible to four wheeled transport.

In the hostel kitchens and on outdoor fires Ghillie brought her love of food to life, demonstrating her cooking skills with some original and accessible recipes conjured up from the fresh produce sourced that day, perfectly balanced meals for weary mountain bikers.

The result is a film called Appetite for Adventure commissioned by Hostelling Scotland and directed by The Adventure Syndicate filmed and edited by cycle filmmaker Maciek Tomiczek,  assisted by Zeki Basan.  The film captures the true spirit of hostelling that has continued for more than 90 years – affordable and flexible accommodation, shared spaces and shared experiences, camaraderie and friendship, discovering the real Scotland through sustainable active travel, and enjoying the benefits of being an integral part of the local community with access to world class local food and drink on the doorstep.

Margo Paterson, CEO of Hostelling Scotland, said: “We pride ourselves on being able to offer our guests expert local knowledge on where to go and what to see and local food and drink is a key part of that. This campaign is a celebration of the world class produce that can be found on the doorsteps of our youth hostels. Restrictions on social distancing during the pandemic prevented us from opening our self-catering kitchens and we know this was one of the facilities that hostellers missed the most. Being able to cook up a storm in the company of family, friends and fellow adventurers is a key part of the hostelling experience and we are very pleased they’ve made a welcome return.”

Lee Craigie, Director of The Adventure Syndicate, said: “This adventure was not just about taking our bikes daft places to avoid the traffic.  It was about choosing how we want to be in the world, what we chose to spend our money on, where we stay, where we source the food we eat, and the time we are willing to dedicate to preparing it and sharing it with good friends. The easy and convenient road isn’t always the most joyful, satisfying and rewarding.”

As an occasional cyclist Ghillie Basan also joined the Syndicateers for some sections of the trip, tackling the miles on an e-bike. She said: “So, my a*se may have been in tatters after riding a very firm e-bike but the whole trip was a joy from beginning to end – the outstanding company, the fresh local food and the comfort and welcome of the hostels.

“I used to stay in the youth hostels back in the seventies and by god they have changed!!  We had to perform duties back then like cleaning the toilet and we lived off boil-in-the-bag Vesta curries as there were no utensils to cook in!  What a transformation!  For the Appetite for Adventure trip we dined on crab and langoustines, local vegetables and artisan produce with ease. The hostel kitchens were better kitted out than my own and I am supposed to be some sort of cookery expert.” 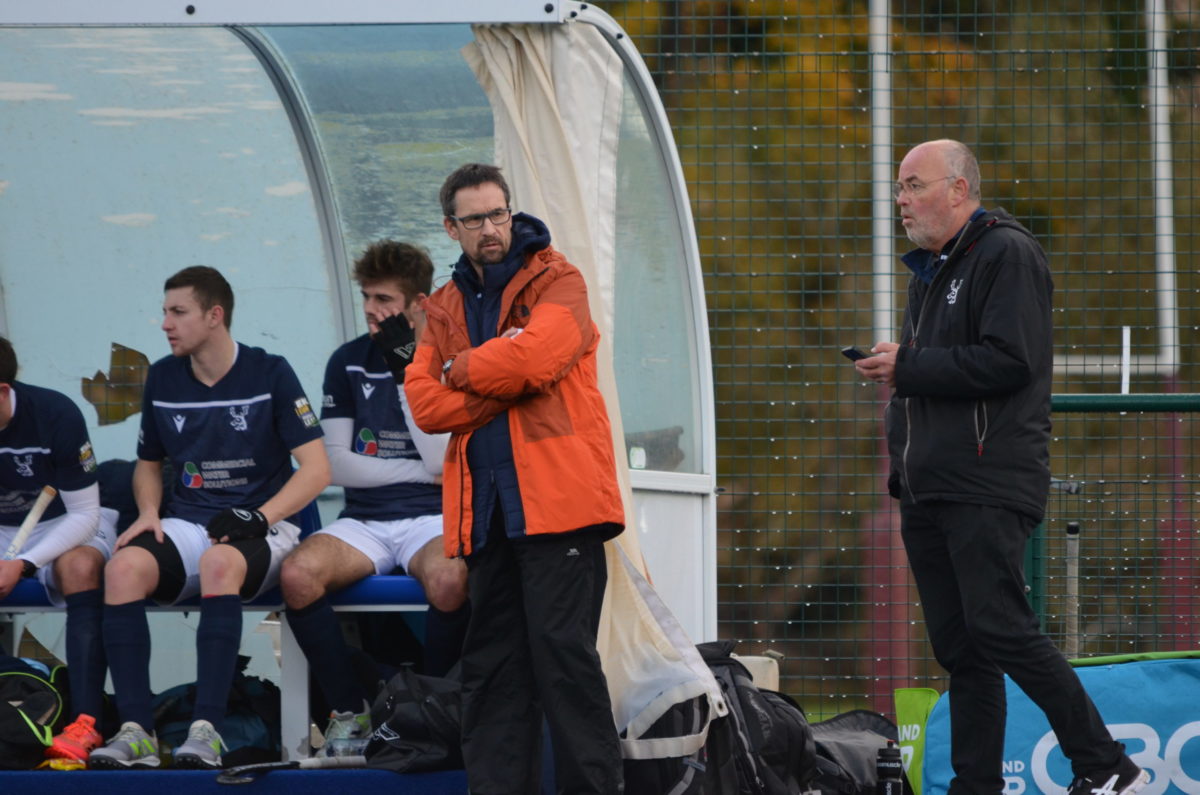 Martin Shepherdson, team manager of high-flying Grange, looked back on the first half of the men’s Premiership hockey programme and said: “We can’t complain.” The Edinburgh club top the 12-strong table, one point clear of last season’s Grand Slam champions, Western, and progressed into the quarter-finals of the Scottish Cup following Sunday’s 3-1 victory over Capital… 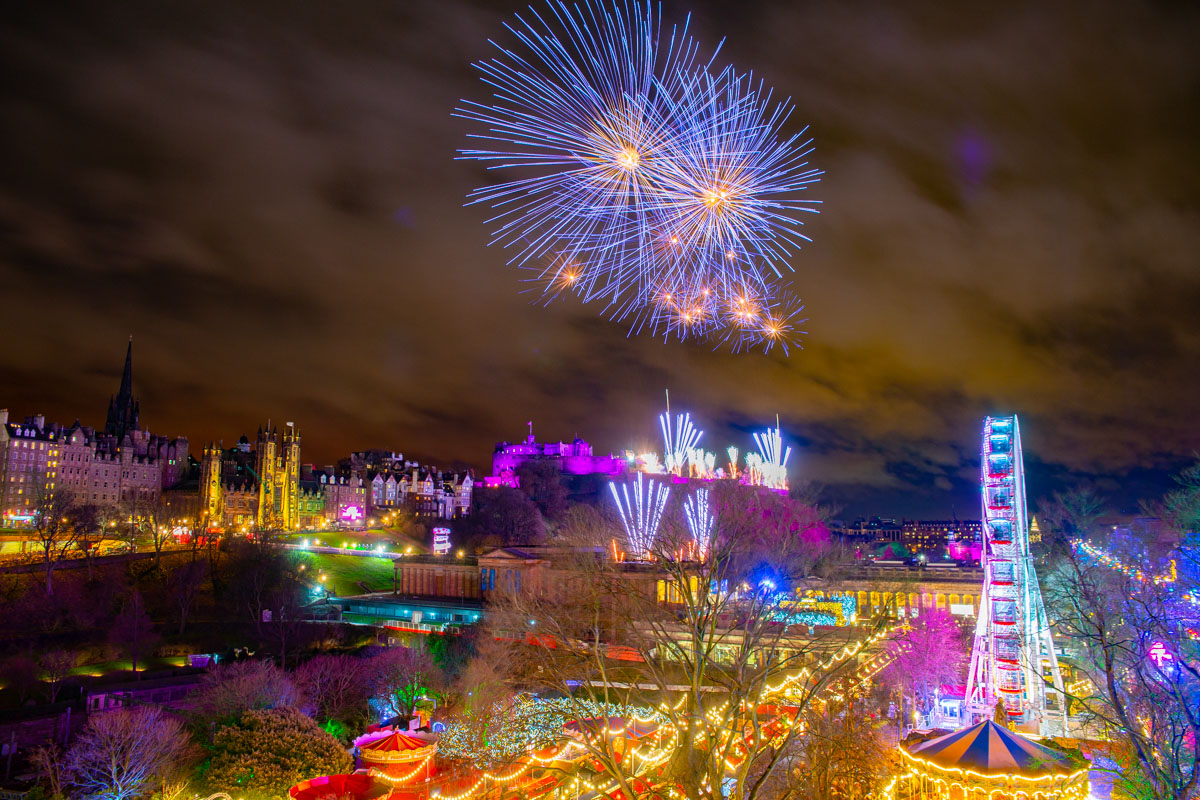 The three day Edinburgh’s Hogmanay festival will include events announced today adding to the free events for children and families. The Candlelit Concert at St Giles makes a return with Sprogmanay. First Footin’, a new programme of live music will be introduced on New Year’s Day (this last is a throwback to Scot:Land which was…

Club President Lindsay Muir hailed it a ‘magical night’ as Murrayfield Table Tennis Club celebrated their centenary on 12 November. One of Scotland’s leading clubs, it was formed in 1922. The event took place in Leith at a packed Out of the Blue Drill Hall. The morning and afternoon focussed on junior coaching and games.… 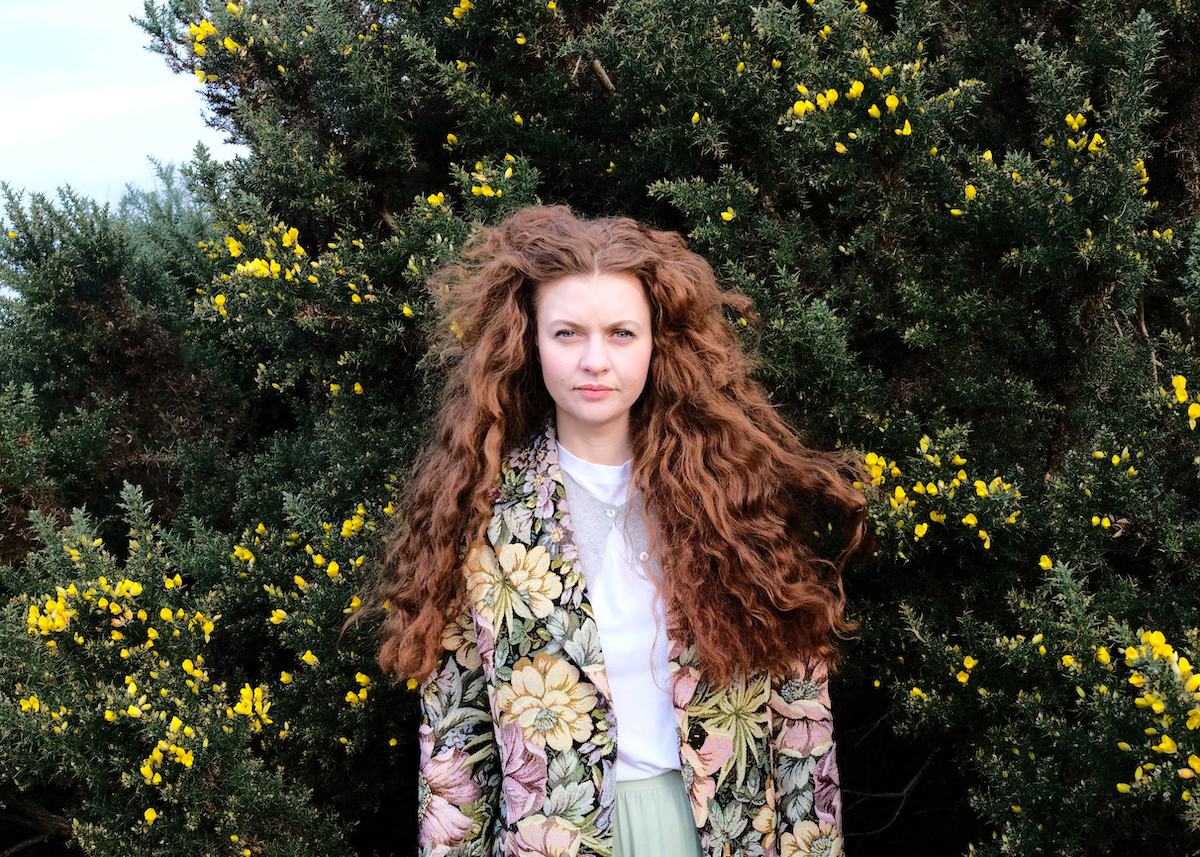 Love Your Business the business networking event founded five years ago has announced the name of the speaker for this Thursday’s event. Chloe Mullen is a perfumer at JORUM STUDIO which has a shop in Stockbridge and will be the headline speaker at this month’s event at Black Ivy on 24 November. She will narrate… 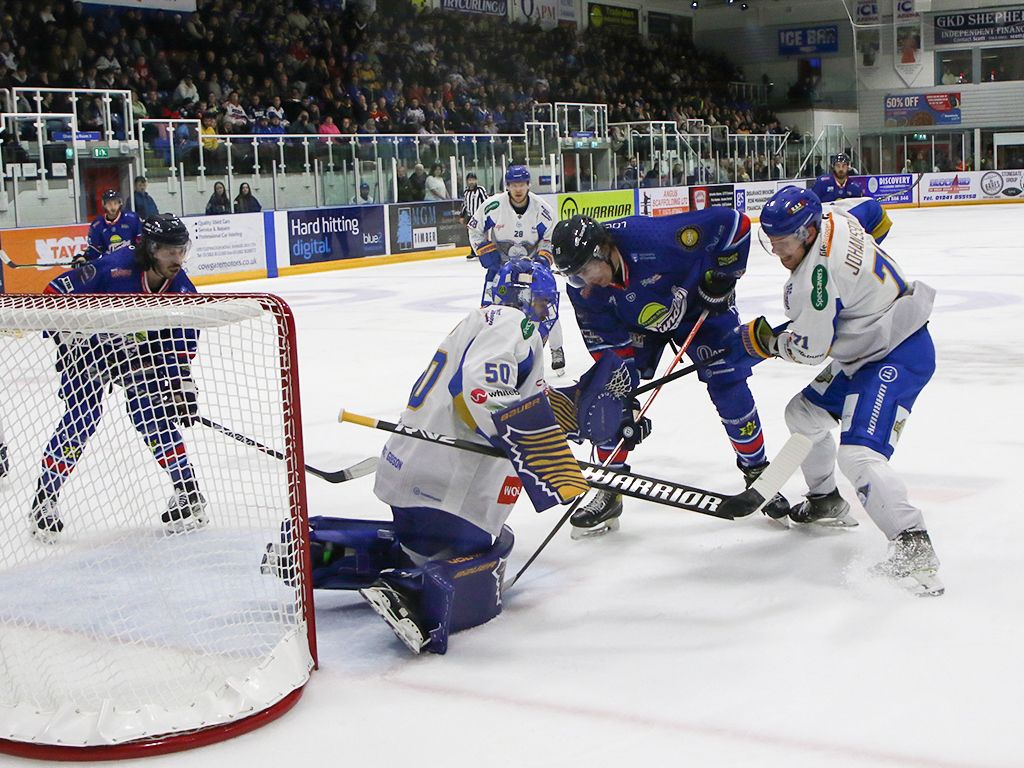 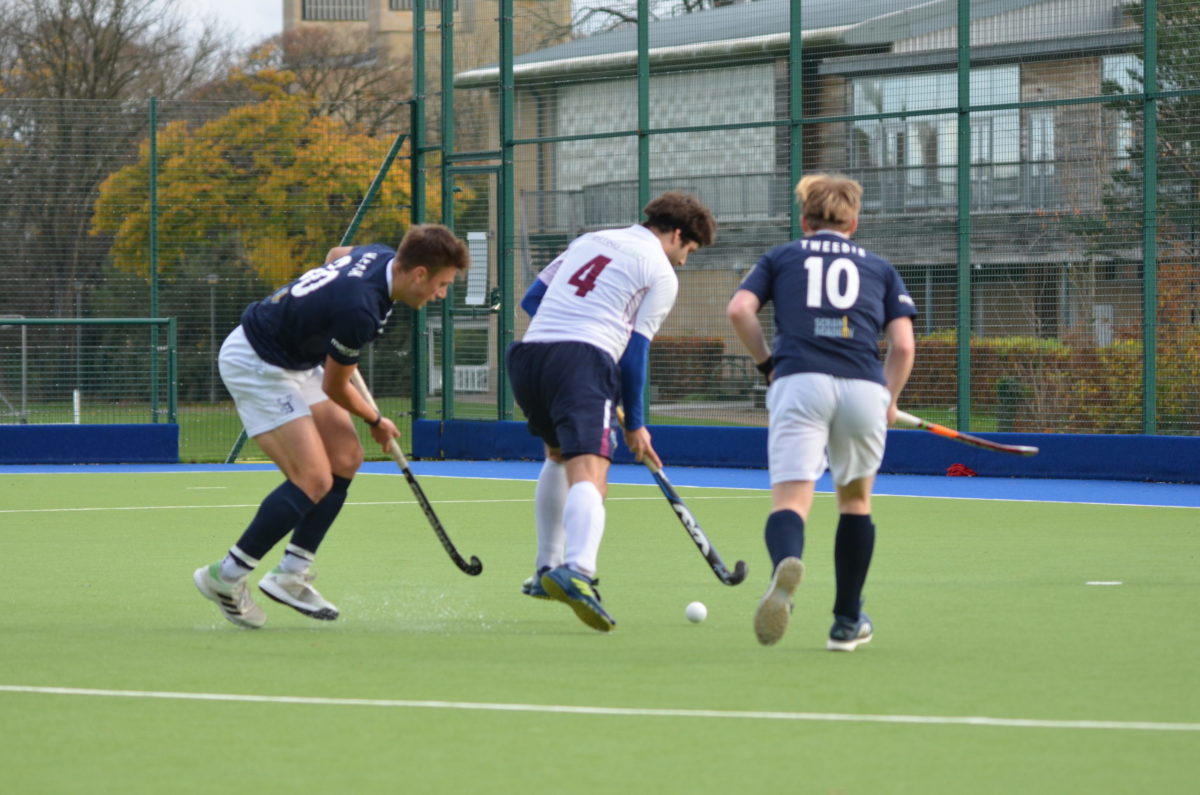 Fraser Heigh scored with an outrageous deflection in the final quarter to secure Grange’s passage into the quarter-final of the Scottish Cup against a side named after his former school. The rising star, who won bronze with Great Britain uner-21 in an invitational international tournament in Malaysia earlier this month, angled his stick with his back to goal to…

Best things to do in Cape Town