Unlike what many had hoped for in spring and even throughout summer, all data shows that the chances for the European Union to reopen its borders for tourists and visitors this year are zero.

Even the new weekly maps published by the European Centre for Disease Prevention and Control (ECDC) in support of the Council Recommendation on a coordinated approach to the restriction of free movement in response to the Coronavirus pandemic, shows that the situation throughout the whole Europe remains highly risky.

While last week’s maps showed that only Norway, Finland and parts of Greece were relatively safer to travel to and were coloured in orange, the maps of the third week of November show that Greece has maintained its status as partially safe.

ECDC’s Types of Maps & How They Work

The ECDC publishes four common maps every Thursday, through which it evaluates the situation in all EU and Schengen Member States in the following:

The maps, often referred to as traffic lights, are coloured through a common code which the EU institutions have agreed on, as follows: 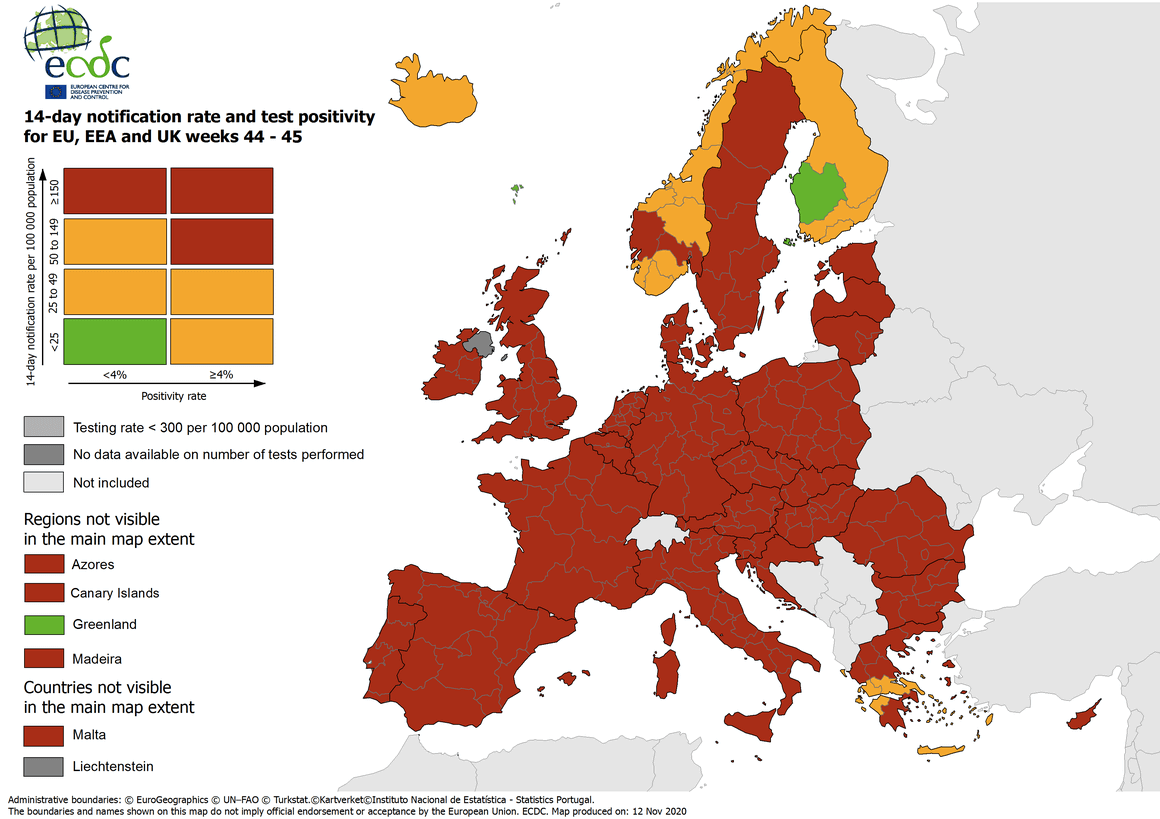 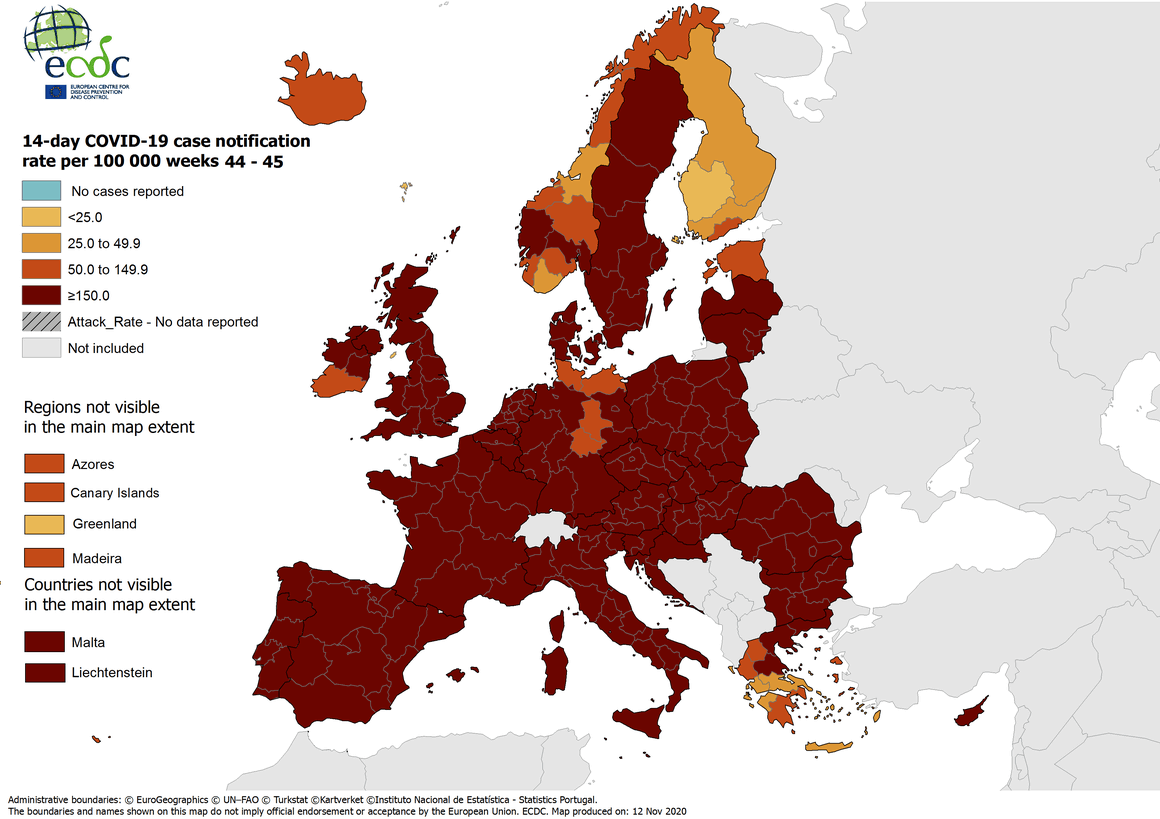 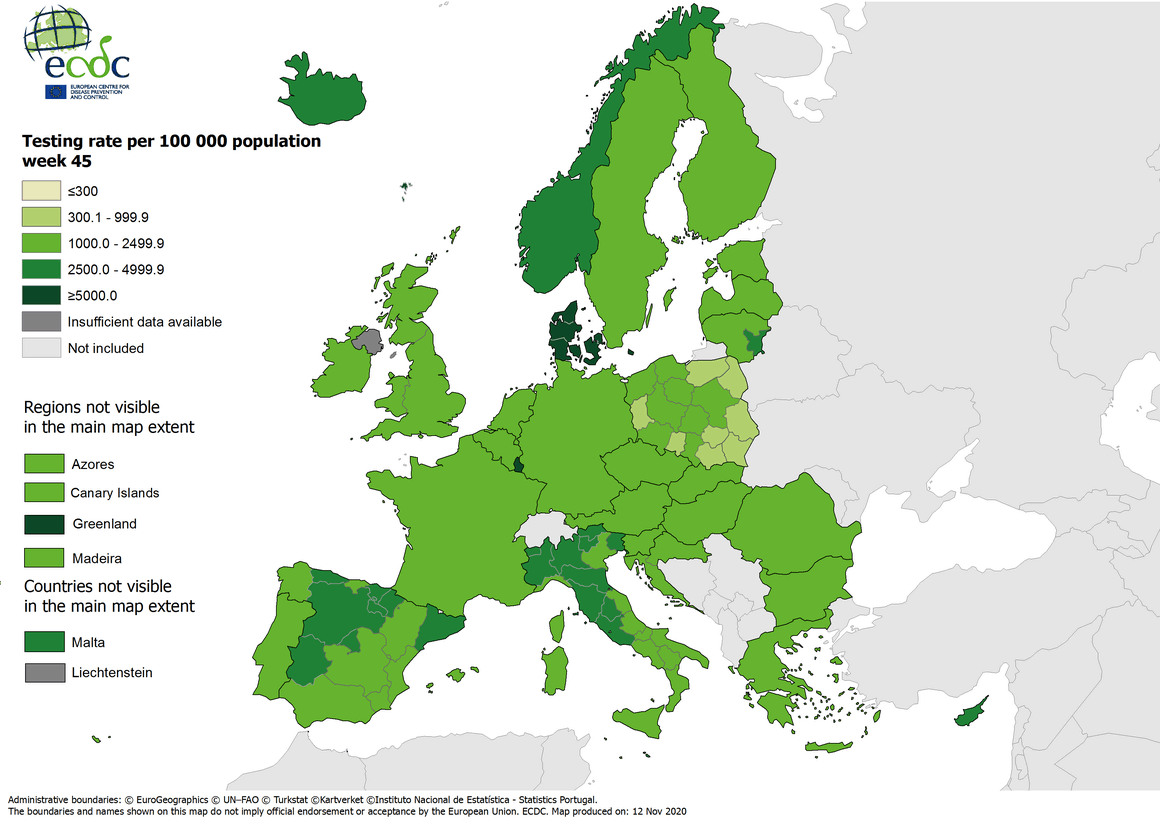 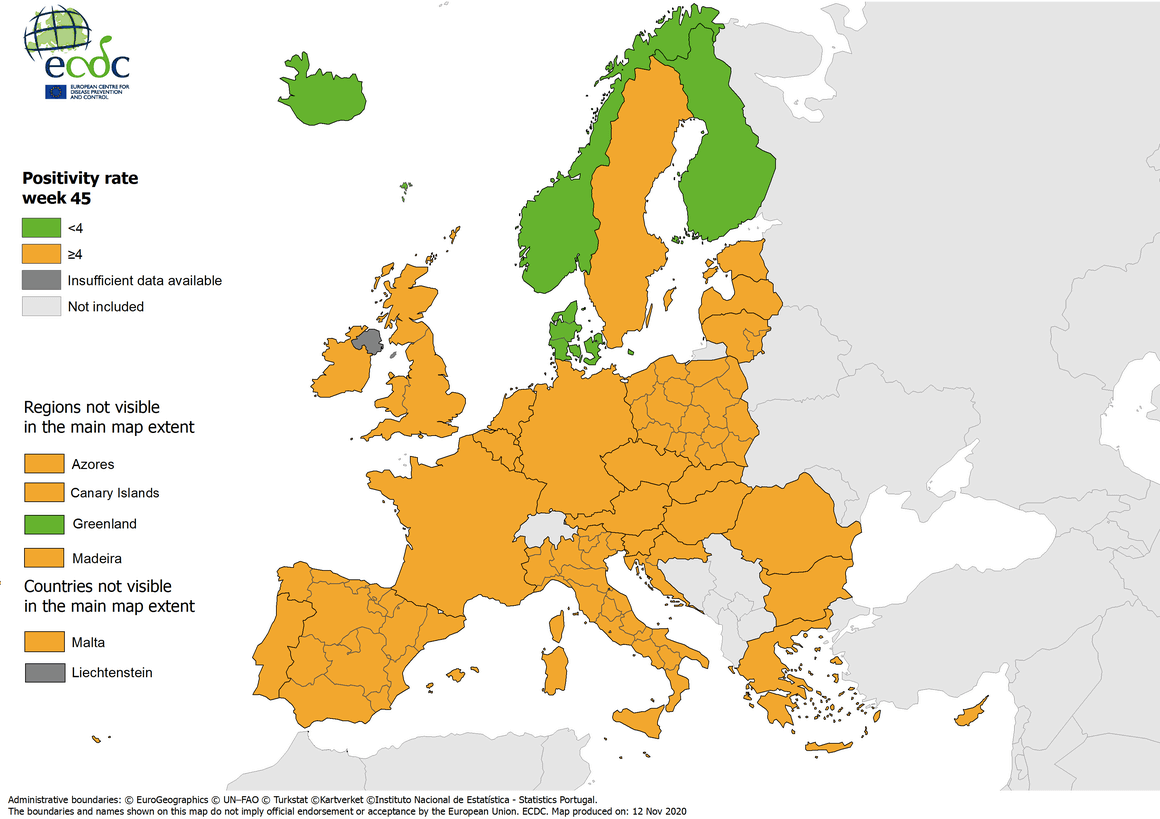 Europe’s Deadly Second Wave: How Did It Happen Again?

In numbers: Europe’s mobility sector in 2020

Visiting Svalbard Norway: Exploring the Most Remote Town In Europe