TOKYO — Marriott International expects East Asia to lead the recovery from the coronavirus crisis, but a full rebound will not happen until next year, with millennial customers leading the way, a regional executive with the hotel operator has told the Nikkei Asian Review.

Craig Smith, Marriott’s group president for Asia-Pacific, also said the hotel group, one of the world’s largest, will employ more technology when the coronavirus pandemic subsides to reassure customers that its rooms are clean and safe. Marriott is seeking partnerships with some of the largest tech groups in the region, Smith said.

“The markets in East Asia will recover sooner and we will see the 2019 level by the end of the year. The full recovery will be through the next year,” Smith said from Hong Kong in a recent interview. “The first and biggest group of people to come out and engage were millennials. … Everything digital is becoming the new norm [for them.]”

Business for Marriott, which operates and franchises more than 7,400 hotels worldwide under 30 brands, has bottomed out in most of the region, Smith said. He believes success in the post-coronavirus era will depend on whether it can adapt to a digitization and gain clients’ confidence.

Marriott, which saw a spike in occupancy in resort areas in China during the Golden Week national holiday starting May 1, is prioritizing “safety and hygiene” to prevent from spreading the virus and lure guests back.

Smith’s comments highlight the thinking in the hotel industry about how to recover from one of its worst crises. Hoteliers recognize that while the steps needed will be costly, and sometimes intrusive, they will also underpin profits by giving guests reassurance.

“People are being little more careful on who they stay with, where they eat at, and it is based on trust,” said Smith, who will oversee all Marriott’s non-North American operations starting January next year.

Its new health and safety measures will include enhanced cleaning after checkout using electrostatic sprayers and chemicals approved by the U.S. Centers for Disease Control and Prevention, temperature screenings of guests at most of its restaurants, and requiring customers to wear masks. Marriott will make sure the number of people at buffets at any one time is limited.

All this will cost money, but, said Smith, “What we have seen is that instead of being impatient with it, it is actually making our clients feel safer. We received a lot of comments saying, ‘We want to come back because we feel you are taking this really seriously,'” he added.

Smith said technology will help. To cut contact with guests, Marriott has introduced a mobile-phone check-in and room key system at over 3,200 hotels that lets people to go straight to their rooms without stopping at the front desk.

The company, which set up a joint venture with Alibaba Group Holding in 2017 to improve its visibility to Chinese millennials and is testing check-ins using facial recognition technology, is partnering with the Chinese tech giant’s food delivery arm, Ele.me, to offer meal deliveries at 32 hotels in the country. 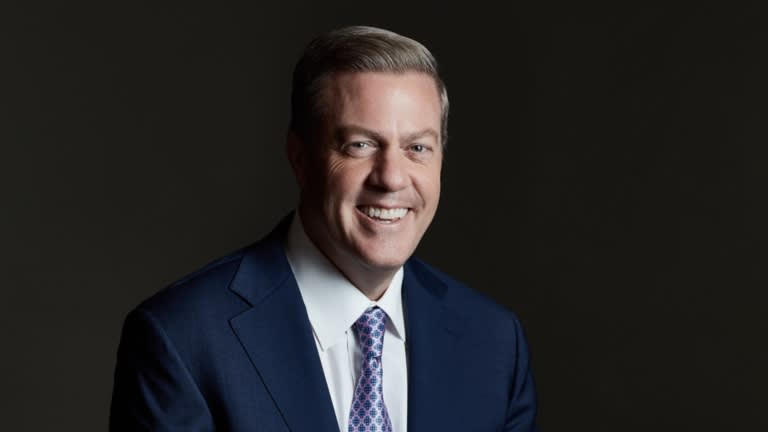 “We have been the leader in technology, developing ahead of our competitors but also implementing faster,” Smith said. “The younger generation does everything on their mobile phone. … And they still want to order food while locked down. Even during the virus, most of our hotels are offering deliveries to people for first-class meals.”

While Marriott has invested in technology, “it is also a time to partner with other big players,” Smith said. The company is looking for collaborators across the region.

The coronavirus outbreak was an unprecedented blow to the company as governments imposed travel bans, companies halted business trips and holidaymakers were urged to stay home. Last week, Marriott reported net income of $31 million in the January-to-March quarter, down 92% from the same period a year earlier. Its occupancy in North America stood at around 20% at limited-service hotels.

“April seems to have defined the bottom,” said CEO Arne Sorenson at an earnings call on May 11, but 25% of Marriott properties worldwide are still closed. The 92-year-old company has furloughed tens of thousands of employees.

In greater China — mainland China, Hong Kong, Macao and Taiwan — Marriott’s occupancy rate rose from less than 10% in mid-February to 25% in April.

Smith said the recovery was “better than the company thought originally.”

Occupancy at properties on China’s Hainan Island reached 75%. In the central Chinese city of Chengdu they reached 90% during the May holiday, the first big holiday since coronavirus restrictions were lifted. Younger customers, eager to travel after the long lockdown, led the way.

“We expect domestic travel is going to be the most important for the next 12 months and will be the biggest piece of our business,” Smith said, as people are still nervous about travel abroad, and governmental restrictions are still in place in many countries.

Greater China, where 99% of Marriott’s properties are now open and poised to meet pent-up demand, is “our brightest hope,” said Smith. The hotel operator expects occupancy rates between 35% and 40% in greater China by the end of May.

Recoveries are also expected in South Korea and Australia. But almost half of Marriott’s 416 properties in the Asia-Pacific region, excluding Greater China, remain closed.

“Asia-Pacific markets don’t rise at the same speed. Not only the size of the actual crisis itself, but economic implications will also help us to recover quicker in certain countries,” Smith said.

While the company predicts business travelers will come back, Smith predicts group travelers, who account for 15% of Marriott’s business in the region, will be the last to return.

The group travel segment was growing rapidly before the pandemic as new convention centers were built across the Asia-Pacific region.

Charts of the Day: Cancelations Make Flying From China to Asia Challenging

Beachburg-based Heliconia set to air its shows in 100-million-plus homes and...

When Is It Safe to Travel Again? How Long Until International...

European Countries Are Paying People to Travel Again. Could America Too?

Sandra Bullock and her daughter Laila surprise nurse on frontline

How villa and holiday rental managers in Southeast Asia, Australia, and...

Australians not rushing back to Indonesia as economy reopens