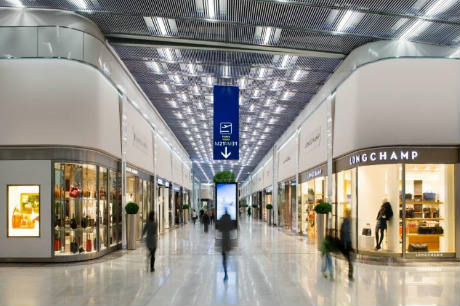 Collectively, the top five biggest European airports added 6.5m passengers in 2019, with 60% of that incremental growth coming from Paris-CDG alone (+5.5%).

Passenger traffic across the European airport network (46 countries) grew by +3.2% to a record 2.43bn in 2019; just over half the growth rate registered in 2018 (+6.1%) and the weakest performance in five years, according to ACI Europe. However, international traffic outpaced domestic with a growth rate at 4.6%.

The passenger growth slowdown in 2019 was more significant at non-EU airports and largely driven by a decline in domestic traffic (-1.1%), as international traffic kept growing ‘dynamically’, said ACI.

“It also reflected airline consolidation and limited airline capacity expansion, as aircraft movements only increased by +1.1% during the year and even became negative in the last Q4 (-1.2%).” Meanwhile, freight traffic dropped by -1.9% in 2019, the worst performance since 2012.

Olivier Jankovec, Director General of ACI Europe said: “Over the past five years, Europe’s airports have increased their passenger traffic by more than +32%, meaning they have actually accommodated an extra 595m passengers since 2014.

“But 2019 has been a pivotal year. Volumes were still up, but the deceleration has been notable on the back of both supply and demand pressures.” 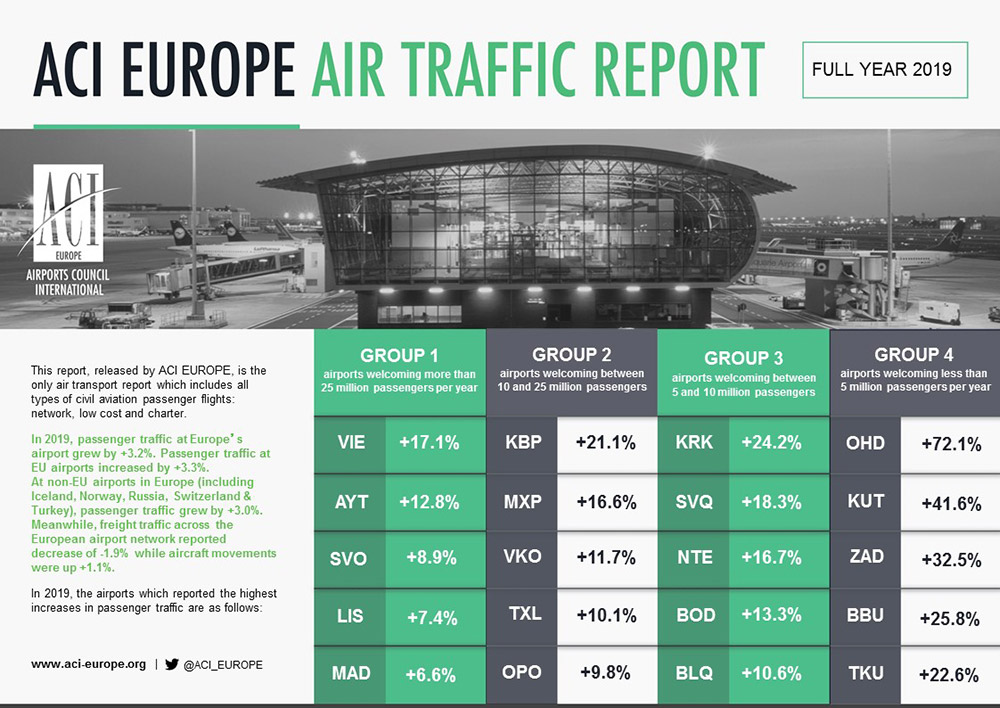 Looking at the months ahead, Jankovec noted that many airports have planned for continued lower growth in passenger traffic in the face of uncertain trading conditions.

“Some of the supply side pressures might start easing, especially if the 737 MAX is finally approved to fly again and if the recent decrease in oil prices is not reversed. However, there are for now few if any signals that airlines may be considering more capacity expansion – and further airline consolidation remains an ongoing reality.

“The immediate big question mark is what happens with the coronavirus (Covid-19) outbreak. Europe’s airports have been coordinating closely with and assisting public health authorities in their containment efforts. 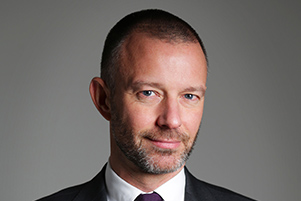 MARGINAL IMPACT FROM COVID-19 SO FAR IN EUROPE

“The traffic impact so far has been marginal and mostly limited to those airports with direct air services to China. We estimate that in February, the top10 EU/UK airports1 will collectively lose 475.000 passengers, which should amount to just 1.2% of their total traffic for the month.

“But as wider economic consequences start kicking-in in China and potentially beyond, the impact on air traffic could become more widespread and significant for Europe’ airports.”

EU airports saw passenger traffic increasing by +3.3% in 2019 (compared with +5.4% in 2018). This resulted in 57.8m additional passengers over the previous year; the equivalent of the yearly traffic handled by Madrid-Barajas airport. The EU market accounted for 76% of the total passenger traffic growth in Europe in 2019.

The pace of growth halved as the year progressed (from +4.8% in Q1 to +1.9% in Q4); although it somewhat rebounded in December (+3%). This mainly reflected the exposure of EU airports to airline bankruptcies as well as EU airlines generally limiting capacity growth and network expansion on the back of less favourable economic conditions and Brexit uncertainties.

Airports in Austria, Estonia, Latvia, Poland, Hungary, Croatia, Romania, Malta, Luxembourg and Portugal grew at more than twice the EU average. Airports in the UK, Germany, the Netherlands, Belgium, Denmark and Greece underperformed while those in Sweden, Bulgaria, Slovakia and Slovenia registered declines in passenger traffic. 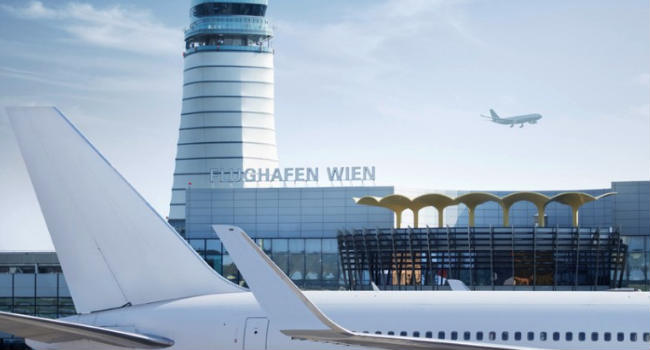 Airports in Austria (such as Vienna, above), Estonia, Latvia, Poland, Hungary, Croatia, Romania, Malta, Luxembourg and Portugal grew at more than twice the EU average.

Passenger traffic growth at non-EU airports stood at +3% in 2019 – a significant deceleration compared to the previous year (+8.3% in 2018). This resulted in non-EU airports only adding an additional 18.3m passengers in 2019. 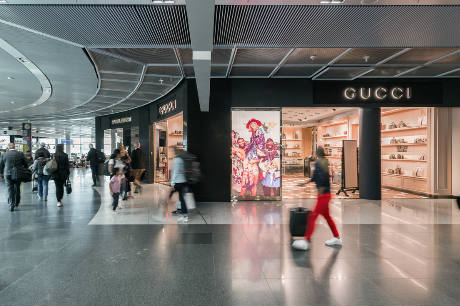 “These factors explain the considerable variation in passenger traffic performance within the non-EU markets; from the impressive growth posted by airports in Ukraine (+22.3%) to the severe slump in Iceland (-26.1%),” said ACI. “Amongst the largest markets, Russia grew above the non-EU average (+5.8%), while Turkish airports grew only marginally (+0.4%).”

Passenger traffic at the top five European airports increased by +1.8% in 2019, down from +4.8% in the previous year.

ACI insists that this is the only air traffic report that includes all types of airline passenger flights to, from and within Europe (full service, low cost, regional, charter and others).

Is this Europe’s wildest road trip? Wacky races from Tbilisi to...