The CEO of Delta Air Lines has cast doubt on a potential travel corridor between New York and London amid the COVID-19 pandemic, saying it would be easier to relaunch transatlantic flights to ‘just about any’ other European capital.

Ed Bastian made the claim in an interview with Britain’s Financial Times on Sunday, stating: ‘I think New York-London is complicated… I think you will find on the continent several countries that are more open.’

Under current rules implemented amid the COVID-19 pandemic, Americans can travel to the UK but are required to spend two weeks in quarantine on arrival.

Britons have been barred from traveling to the United States from London, although flights are still arriving in the Big Apple from the British capital and visa-holders are still permitted. 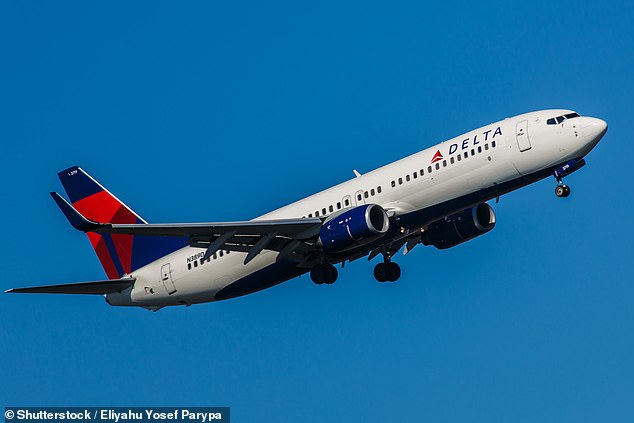 The CEO of Delta Air Lines has cast doubt on a potential travel corridor between New York and London amid the COVID-19 pandemic, saying it would be easier to relaunch transatlantic flights to ‘just about any’ other European capital

Bastian’s comments come just days after United Airlines commenced a month-long pilot scheme testing out flights between the two countries. The first flight from the US touched down Heathrow on Tuesday morning.

As part of the scheme, rapid COVID testing will be required for all passengers taking part in the trial.

The airline has converted its United Club near gate C93 inside New York’s Newark Airport into an onsite testing facility, with the intention of every passenger receiving their results before the flight takes off. 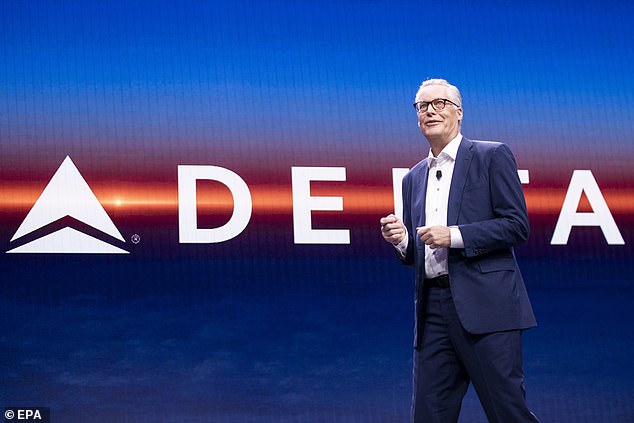 A new pilot scheme has raised hopes of a London-New York travel corridor being approved as pressure grows on the government to reopen the busy business route. Heathrow airport is pictured above

British Prime Minister Boris Johnson and Transport Secretary Grant Shapps are under growing pressure from business leaders and the aviation industry to reopen the route.

The London to New York route is one of the busiest in the world and is one of the most profitable journeys for airlines such as Virgin Atlantic and British Airways.

The hope is that by sharing the trial’s findings, it will convince the UK and US governments to give a travel corridor the green light.

Earlier this week the boss of Heathrow Airport slammed a ‘lack of Government action’ to help Britain’s struggling aviation industry after figures showed a ‘catastrophic’ 82 per cent fall in passenger numbers last month.

North American routes saw the biggest drop, down 95 per cent year on year.

It comes against a backdrop of a series of difficulties for airlines and airports during the pandemic, which has seen cancelled flights and thousands of job losses. 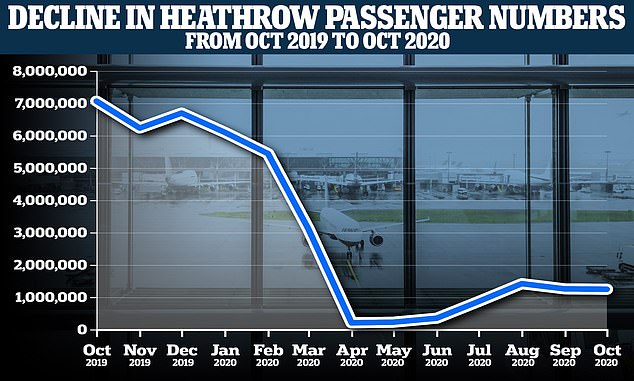 Some 1.25 million people travelled through the west London airport last month, compared with 7.06 million during October 2019

Europe’s Deadly Second Wave: How Did It Happen Again?

In numbers: Europe’s mobility sector in 2020

Americans Brace For Covid ‘Surge Upon A Surge’